services & solutions
find out what we can do for you

see examples
get an idea of how QR codes appear

request information
we'll tell you what you need to know 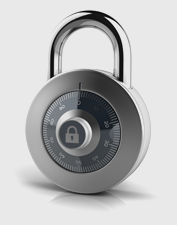 We suggest you include: Read about QR Codes and what they can do for YOU!

Fake Viagra, and more, in Bangkok

Pharmo-piracy sweeps Thailand, and the rest of Southeast Asia. It's a deadly problem.
BANGKOK, Thailand - Little is real in Patpong, a glowing bazaar and sex district here in Bangkok. The Gucci is fake, the DVDs are pirated and the go-go girls tell every man he's handsome.
Drugs too are sold here openly. Not speed or cocaine, but Viagra - or at least diamond-shaped, blue pills that resemble the real thing. After dark, one aging female vendor displays dingy Viagra boxes at her stall to attract customers.
When a man shows interest, she dispatches a teenage runner to retrieve the pills from a secret location nearby. The price: $6 per tablet, $4 cheaper than the average U.S. cost.

It's likely too good to be true. Counterfeit pharmaceuticals are widespread in Southeast Asia, sold for cheap on the street or in rural mom-and-pop markets.
read more >

"If other crimes are associated, these are not everyday citizens we're seeing every day selling counterfeit goods," Riverside County sheriff's Sgt. Zachary Hall said. "This is a very easy way to swindle people and make a quick dollar."
read more >